Our mission is to support and enrich the lives of families who have a child with Infantile Pompe Disease, by providing financial aid which is flexible and unconditional.

Applications are not means-tested, nor does Reggie’s Gift dictate how financial assistance should be used. We recognise each families’ needs and priorities will differ. 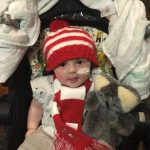 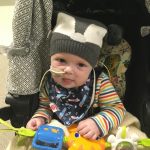 Reggie’s Gift was founded in loving memory of Reggie Gordon Renouf, who died in November 2019 at the age of two from Infantile Onset Pompe Disease.

Reggie’s parents Tess and Chris experienced the financial and emotional strain that comes with caring for a child with a life-threatening illness. Tess and Chris wanted to establish a program to help other Australian families facing similar hardships in the future.

It is their hope that Reggie’s Gift can provide other Australian families with more capacity to make special memories with their child.

In Loving Memory Of Reggie…

Reggie was a gentle, shy but determined little boy. He adored watching cartoons, cuddling up with his four-legged friends and spending time with his family.

Despite his progressive weakness and loss of physical ability, Reggie showed patience, resilience, and an ability to find enjoyment in each day – traits to be admired.

During the course of his illness, Reggie received expert care from the Royal Children’s Hospital and Very Special Kids, in particular from the Metabolic and Palliative Care teams.

He touched the hearts of all who knew him. 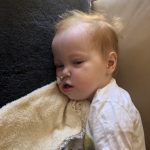 If you are a parent or a health care provider for a child with Infantile Pompe Disease, simply click the link below for Reggie’s Gift Application Form. For further information or queries, contact The Australian Pompe Association via the Contact Us page.

Please help us to continue our aim to bring those living with Pompe, their carers & families together.

“Together we are strong”

Donations over $2.00 to the Australian Pompe Association are tax deductible.
Donate

Fill in the form below and we’ll send a letter on your behalf to your local MP explaining why it is so vital to catch Pompe disease early in a newborn screening program.
Send a letter