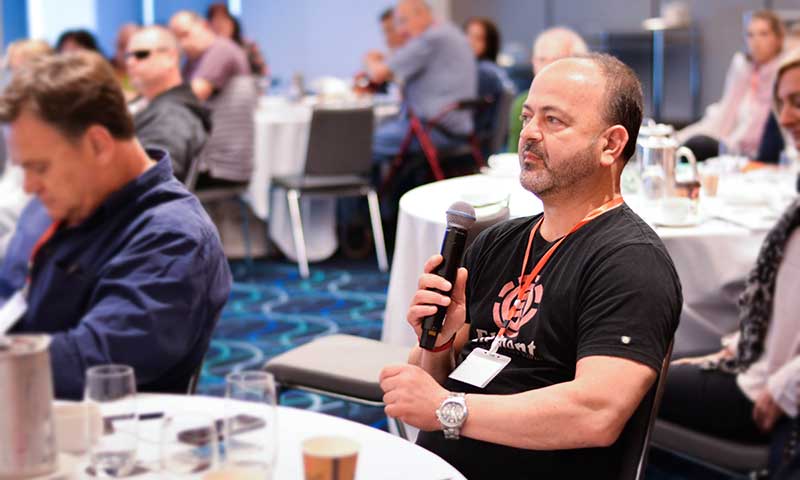 Hello, my name is Don. I am 50 years old and work as a Science teacher.

I was diagnosed with Pompe disease in late 2015 after a year or so of going from specialist to specialist as they tried to explain my neck and lower back pain. I was very fortunate that I found out of my condition after the Australian government had decided to fund ERT with Myozyme, under the LSDP (life saving drug program), in October of 2015. This was made possible by the hard work of the Australian Pompe Association and the tireless efforts of the late Helen Walker.

After the initial shock and relief of knowing why I felt the way I did, it was reassuring that there was something available.

I contacted members of the Australian Pompe Association when I first suspected my condition and they have been an invaluable asset and support ever since.

While I waited to get approval for treatment I researched and read every scientific paper I could get my hands on…and it is then the rest of my life made sense. While I was quite a strong swimmer, when young, I could never run as fast as the better runners and was always a defender on the soccer field even though I felt I would make a good striker. In my late 20’s my liver function tests always came back slightly abnormal and most doctors assumed it was “just the way I was” and nothing to worry about.

It was not until my mid 40’s that I noticed walking up stairs was not as easy as it once was, I would also become short of breath easier when exercising but I put it down to getting old or being a bit lazy.

Today I attend the gym at least 3 days a week, as I have done most of my life, making sure I get in as much aerobic exercise as I can by cycling and walking. Diet is also important but I still treat myself now and then.

I have been on Myozyme for over a year and feel as though I have stabilised and have not deteriorated much. Being a teacher, my job is very demanding and physically tiring as I talk for a majority of the day and am rarely sitting.

Today I am very careful when I walk on wet surfaces because a fall could mean immobility, which is not good for someone with Pompe disease. I encourage anyone who has tests/symptoms that do not seem normal to NOT blame yourself and put it down to age and do everything you can to find out why. For me it was a simple blood test.